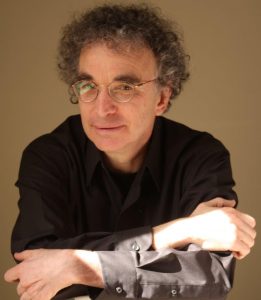 “Howard Mansfield has never written an uninteresting or dull sentence. All of his books are emotionally and intellectually nourishing,” said the writer and critic Guy Davenport. “He is something like a cultural psychologist along with being a first-class cultural historian. He is humane, witty, bright-minded, and rigorously intelligent. His deep subject is Time: how we deal with it and how it deals with us.”

Mansfield sifts through the commonplace and the forgotten to discover stories that tell us about ourselves and our place in the world. He writes about history, architecture, and preservation.

“As an excavator and guardian of our living past, Howard Mansfield is unmatched.”
— John Heilpern, contributing editor, Vanity Fair.

“Howard is a gem in our granite landscape.”
— New Hampshire Humanities Council

“Every book by Hancock author Howard Mansfield is a cause for celebration among thoughtful readers.”
— New Hampshire magazine

* In one of his first books, In the Memory House, Mansfield examined the way we create our history, how we choose our ancestors.

* In The Same Ax, Twice he looked at how good restorations restore us.

* In The Bones of the Earth Mansfield showed how people still carry allegiances to the oldest landmarks—sticks and stones.

* In Turn and Jump, he looked at how we experience the passage of time.

* In Dwelling in Possibility, he searched for what makes some houses a home, and some public places welcoming.

* In Summer Over Autumn, he turned his attention to the small town where he has lived for the last thirty years.

* And in The Habit of Turning the World Upside Down he explored our belief in property and the cost of that belief.

In short, Howard Mansfield is trying to understand the soul of American places.

Here’s what the critics and other writers have said:

The Habit of Turning the World Upside Down

“This powerful book will slice you to the bone with its sweeping intelligence, austere poetics, and utter kindness. Mansfield is a modern explorer, sure-footed and consumed, uneclipsed … I love this book.”
— Janisse Ray, author of Ecology of a Cracker Childhood

“A fascinating look at a subject we don’t think about often enough”
—Bill McKibben, author The End of Nature

“Summer Over Autumn is one of those books that you read, nodding in assent. Mansfield delivers an embarrassment of quotable lines and passages – more than many writers manage in a lifetime. While much of the book centers on small-town life, the takeaway from each piece tends to be universal. Mansfield’s wry, humane, poetic brand of common sense has no geographic bounds.”
— Portland Press Herald

Dwelling in Possibility: Searching for the Soul of Shelter

“I was only halfway through this book when I began to quote from it. It is strong stuff and goes deep. It should be on every thoughtful citizen’s ‘must read’ list.”
— Karen Dahood, BookPleasures.com

Turn and Jump: How Time and Place Fell Apart

“Like Thoreau, Mr. Mansfield is a keen observer and, in his neck of New Hampshire, a granitic critic of the rushed life.”
— The Wall Street Journal.

The Bones of the Earth

“He writes with wit and passion; he has an eye for the luminous detail, and wears his learning lightly…. In witty essays that recall both Thoreau’s Walden and Roland Barthes’ Mythologies, Mansfield ruminates on American history by unpacking our connection to the landscape.”
— Utne Reader

The Same Ax, Twice: Restoration and Renewal in a Throwaway Age

“The Same Ax, Twice is filled with insight and eloquence… a memorable, readable, brilliant book on an important subject. It is a book filled with quotable wisdom.”
— The New York Times Book Review

“The Same Ax, Twice is one of those quiet books that foments revolution… Howard Mansfield has just the right combination of erudition and humor to challenge conventionally held ideas about historic preservation. Like In the Memory House, his wise 1993 exploration of the New Englander’s defining relationship with the past, The Same Ax, Twice ought to be on your bookshelf along with Wendell Berry and Noel Perrin.”
— ArchitectureBoston

In the Memory House

“Now and then an idea suddenly bursts into flame, as if by spontaneous combustion. One instance is the recent explosion of books the idea of place…the best of them, the deepest, the widest-ranging, the most provocative is Howard Mansfield’s In the Memory House.”
— Hungry Mind Review

In 2014, the New Hampshire Humanities Council celebrated their 40th anniversary by honoring 40 New Hampshire-based people who have “demonstrated what it means to create, teach, lead, assist, and encourage human understanding.” Mansfield’s work was honored along with poets Donald Hall and Charlie Simic, and filmmaker Ken Burns.

This is what the Humanities Council said:

“Howard Mansfield loves NH’s people. His writing connects everyday objects and the people who used them to what is meaningful in our world. Whether it is a simple axe used by a woodsman, or the hearth inside our home, or what we choose to have in our town historical societies, Howard illuminates the everyday with meaning. His words tell the stories of the common person and how they lived and constructed their lives in our state’s history. Howard not only gives voice to the people of our past, he gives of himself to the people here and now. Howard has served on historical societies, preservation groups and town committees. He is always willing to talk and share his insights with people through libraries, community centers and speaker series. He tells stories that make people laugh and feel ready to fall in love with their town’s own history…. Howard is a gem in our granite landscape.”

Mansfield is also the author of Skylark: The Life, Lies and Inventions of Harry Atwood, and Cosmopolis: Yesterday’s Cities of the Future. And he has contributed to several anthologies, including Writing on Air and At the End of Life.

He has served as a writer and consultant for the Claiming the Land exhibit at the New Hampshire Historical Society. For the Library of Congress Bicentennial he was the writer and project manager for one of the two projects representing New Hampshire in Local Legacies: A National Project to Document American Community Traditions.

His essays and articles on history and architecture have also appeared in:

He is an occasional guest on radio and TV shows commenting on issues of historic preservation. He has been a keynote speaker at preservation conferences, and spoken to many historical societies, art museums, and colleges.