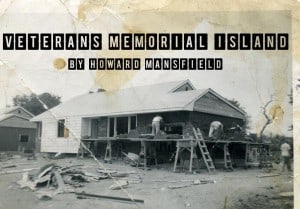 Veterans Memorial Island is a story of the collision between peace and war, the American Dream and protest, children and parents. It’s a short memoir of a place and a time. Read it here.

“We are still in Eden”: New Hampshire Magazine

An excerpt from my forthcoming book, Chasing Eden. In this chapter, pioneering artists teach Americans how to see wilderness: “The best of the landscape paintings are a call and response, a longing and its echo — Is God here? the painter asks, and the land answers yes. The paintings are a longing for arrival, a longing to feel at home in this Not Europe land; a longing to find God and God’s approval, to read the Bible in the mountains, rivers, waterfalls, and valleys. Do not turn away from it, says Thomas Cole, almost as a commandment. “We are still in Eden.” The modern viewer stands before the grand landscape paintings and the echo is different. Is God here? And the echo returns only his question. ” Read it in New Hampshire Magazine.

“Pandemic Tells True Story of the Pilgrims at Plymouth Rock”: Los Angeles Times
Plymouth, Massachusetts, was planning a big celebration to mark the 400th anniversary of the Pilgrims coming ashore.  The pandemic interfered, shutting down everything and leaving us to face an historical truth: Plymouth owes its start to an epidemic. The disrupted festivities are accidentally appropriate. The coronavirus is a fitting memorial for Plymouth’s 400th anniversary. Read this op-ed in the November 25, 2020 Los Angeles Times.

“Finding New Hampshire – What the National Media Doesn’t Get About NH”: Yankee
Every four years, when New Hampshire holds the nation’s first Presidential Primary, the media descend on a state they barely know. Here’s our guide to understanding it. “New Hampshire created itself by saying No….. New Hampshire is ornery Ô but with a purpose, I swear.” That’s the start of the story. Read the story in the January/February 2020 issue.

“The Death of Brown Furniture”: Yankee
The antiques market has been turned on its head. “Brown furniture,” it is solemnly announced, is dead. Prices have fallen as much as 90 percent for once-treasured objects. Millennials don’t want their parents’ dining tables, highboys, and grandfather clocks. Old things are being left behind; other old things are being rediscovered. Each generation honors its own antiques. What you think is ugly, may one day be treasured. We choose what we want from the past – or we choose nothing at all. Read the story in the July/August 2019 Yankee.

“A Hard Rain”: New Hampshire Home
The future was supposed to arrive as a bright, shiny thing, an irresistible newness, not with thunder, lightning and flooding, but here we are. In the March/April 2019 issue.

“On the Bus”: The Threepenny Review
Falling through the farmland darkness on a Greyhound bus is more than a trip from A to B. An essay about taking the bus in Upstate New York in the 1970s. You can catch your bus and still be lost. In the Summer 2018 issue.

“Rising Seas”: Yankee
New England was built on the coast. Its fate will depend upon how well we adapt to a future that can no longer be denied. Read the story in the March/April 2018 Yankee.

“The Happiest Country Mouse”: New Hampshire Magazine
Thomas Dreier knew that we live in our idea of the world, as much as we live in the world. Our ideas create our landscapes, give us the language we use, and define what we are capable of seeing. Read the short essay in the April 2017 New Hampshire magazine.

And listen to a short interview on New Hampshire Public Radio.

“An Open and Shut Case: Lessons from an Old Latch”: New Hampshire Home
Too many people bully old houses, knocking down walls, loading in granite counters and stainless steel, when a softer touch would be best. Old houses can be patient teachers. Read the short essay in the March/April 2017 New Hampshire Home.

“A Beautiful Refuge”: Yankee
New England’s covered bridges can reawaken our senses, offering us the childlike-feeling of hiding out in a treehouse. An excerpt from Sheds. Read the short essay in the September/October 2016 Yankee.

“Power Struggles”: Yankee
From the moment a big company draws a line across your land and includes it in their plans for a big, interstate natural gas pipeline, you’re already living with the pipeline. Once it’s proposed, your life has changed – maybe forever. The battle over Kinder Morgan’s proposed Northeast Direct Pipeline in the January/February 2016 Yankee.

“Follow Us”: Yankee
My Journey From Nimby to Yimby (Yes in My Backyard). How to meet New England’s energy needs without polluting, disruptive pipelines and Big Oil. The results of my “Yimby Journey” in the March/April 2016 Yankee. Here’s a hint: “All that’s really left of that old, undisrupted, pre-digital world is our power grid. That power bill you pay monthly, that’s not just your father’s bill; that’s your great-grandfather’s bill. Our grid is just an aging version of how it was in its pioneering days at the start of the last century.”

“Planting Elms”: New Hampshire Home
Some people buy lottery tickets; we plant elms. We plant them hoping that these spindly saplings will dodge Dutch Elm Disease and outrun the other elm pathogens to rise up in their graceful vase form and maybe even become a “great, green cloud swelling in the horizon.” Read the short essay in the July/August 2015 New Hampshire Home.

“The Memory Keepers”: Yankee
In the Age of Peak Distraction can New England’s small history museums survive? Why should we go look at an old shoe in a glass case? Why, in fact, go anywhere? Just Google it. Read the story in the March/April 2015 Yankee.

“An American Dilemma: Your Clutter or Your Life”: The L.A. Times
Clutter is the cholesterol of the home; it’s clogging the hearth. A short excerpt from Dwelling in Possibility. Read more here. Or in The Denver Sun, The Athens Banner-Herald or The Las Vegas Sun.

“Mending Fences”: Yankee
What one old pasture fence taught me about tools, neighbors, and what fences really want. Read the short essay in the September/October 2013 Yankee

“My Roots are Deeper Than Your Pockets”: Yankee
Rod McAllister could have sold his dairy farm for $4 million dollars. But where would he be? He would have sold himself off the earth. Rod is just one of many in the North County of New Hampshire who are taking a stand against having their home cut up by the transmission lines of the proposed Northern Pass project. Read the story in the March/April 2013 Yankee or read it here>

“I Will Not Leave.” Romaine Tenney Loved His Farm to Death: Yankee
In the Summer of 1964 a bachelor Vermont farmer faces the new Interstate highway coming right through his house and barns. A tragic love story. Read it in the March/April 2013 Yankee or read it here>

War of the Roses: YankeeFor 20 years I have struggled to hold at bay an invasive plant with the strongest will to live that I’ve ever seen up close. Read the story in the July/August 2012 issue of Yankee.

The Perilous Career of a Footpath: Terrain.org
A footpath is simple, but it is easily overwhelmed. If you save the path, you save so much more — once you fight off the “uniform traffic code” and the engineers.
Read more here>

Our Closets, Ourselves: New Hampshire Home
Clutter is an obsession of our era. Clutter is the cholesterol of the home; it’s clogging the hearth. Two hundred years ago, our domestic world was completely opposite. Houses were crowded with people, not things.

In Praise of Bob Houses: Yankee
Those small little fishing shacks that are dragged out on the ice each winter may not look like much, but they are plywood castles. And in a Bob House you can enjoy a lakefront home for free.
Read more here>

The Caretaker of the Clock: Yankee
For almost a half century Bob Fogg has kept the meetinghouse clock running true in Hancock, New Hampshire. It’s just a matter of being faithful and attending to a few crises when the clockworks were suddenly jammed up.
Read more here>

Daylight Savings Time: New York Times Op-ed page
Daylight Savings Time is an odd contraption. We keep pushing the clock around in a way we don’t dare with other measurements. (We don’t use different inches in the winter and the summer.) Here’s a quick look at our time obsession that I wrote for The New York Times opinion page.
Does Anybody Really Know What Time It Is?
Read more here >

Digging Dirt: The Boston Globe Sunday Magazine
In another recession, long ago, I had a summer job selling vacuum cleaners door-to-door. I worked with veteran salesmen. I’ve written a short recollection in The Boston Globe
Read more here >

Memorial Day: Boston Globe Op-ed page.
Memorial Day has lost its meaning because it succeeded. Established in 1868 to reunite a divided country, Memorial Day has been reduced to the opening bell of summer (Remember Me Day). We can reinvigorate this holiday by recalling a war that many Americans don’t even know was fought — King Philip’s War.
Read more here >

The Hidden Magic of Beauport: The Magazine Antiques
Here’s a place you should consider visiting if you find yourself North of Boston this summer — the mysterious house on the water called Beauport. It is “a dream that a house might have if it dreamed.”
Read more here >

Frank Lloyd Wright’s Zimmerman House: The Magazine Antiques
This house is not aging. It is getting more modern as the years pass.
Read more here >

Hands-down, the finest writer of Yankee life today is this guy, Howard Mansfield. Howard Mansfield sees things differently than most of us, and he points stuff out that most of us miss. Robert Frost had this ability to look at something familiar, say a leaf or a tuft of flowers and find a depth of meaning that, until we read the poem, eludes us. Howard Mansfield has written 13 books and lots of articles. But my recommendation, if you are not familiar with his output or style, is this: it is a modest book entitled Summer Over Autumn. This book is funny, this book is profound. I found myself saying, ‘darned if that isn’t true,’ a number of times. Characters here that anybody who has lived in a New England town for any time is familiar with; people who care, people who are selfish, people doing brilliant things, people doing dumb things.

Let me read a few sentences, give you an idea of what this guy does. “What we find in ruins,” he writes, “is a kind of melancholy. Free of clutter, free of us, a house gains stillness. It is a kind of stillness that we find on old country roads. It’s the skull under the skin, the skeleton, the death inside us. It’s the clock ticking our days away. We lack a good word for this kind of going away, this decay in which something else is present. Ghost or ruin doesn’t convey it. The Japanese call this feeling mono no aware, defined as the bittersweet sadness of things as they are, or a sensitivity to the fleeting beauty of the world. ‘You accept it, you even in a small way celebrate it….’”

NH Writers Series
New Hampshire’s poets, novelists and authors talk with writer and humorist Rebecca Rule in a series of one-on-one conversations before audiences at the University of New Hampshire’s Dimond Library. The interviews are recorded by New Hampshire Public Television for broadcast.
Watch it here >

The Habit of Turning the World Upside Down

Listen to Living on Earth
Listen to the Writer’s Voice with Francesca Rheannon
Listen to an interview on NHPR’s The Exchange.
Listen to Robert H. Thomas, property lawyer and professor, interviewing Howard.

Dwelling in Possibility: Searching for the Soul of Shelter

The Grow Maine Show
A podcast
Listen to it here

The Bones of the Earth
The Front Porch,
New Hampshire Public Radio, 89.1 FM