“Charming Contemporary-Colonial-Victorian. Must See! Many Extras! Walk to Interstate 95!”

There was the Colonial period, running roughly from the pioneers’ days to today.  (“Contemp. Colonial,” as they say, or “Charm Contemp.”) To this add the Victorian period, running roughly from sometime in that century when people traveled by train to sometime awhile back.  And, of course, there is the modern era, known as the Ranch Era. Here there are many subspecies: The Raised Ranch, the Garrison … all with “sliders,” those glass doors.

I have spent much time with real estate agents – and really except for a maddening imprecision about house styles –  they are otherwise tolerable people (if they’re not trying to sell you something). I have also spent much time mired in the strange lingo of real estate listings.

Here’s what a real estate agent may mean, when he or she says a house is a:

Cape. Any house with a roof. In more exacting circles, it may be one or one-and- a-half stories with a long sloping roof in the back. Most of the capes I have seen have more to do with Cape Fear than Cape Cod.

Ranch. A house that is longer than it is wide.  A one-story rectangle. (Wider than long: see Cape.)

Greek Revival. A house painted white. There might be columns – a reminder of the Greek temples – or just two posts holding up a small overhang – a reminder of a souvlaki stand.

Bungalow. Any house squatting under a low, low roof which overhangs the front porch. Frequently passed off as a Cape or a “Wide Cape.”

Garrison. No fort this, just a “Raised Ranch.” – i.e., a house that sits over the garage. Until the ugly bushes grow in, the house seems hover over the ground, afraid of setting down.

Big architectural feature: the acorn-shaped pendants under the overhang, all an allusion to the Middle Ages.

Stunning Farmhouse. Translation: Once a family big enough to fill a dozen rooms lived here. Now, if you clear a view, invest in enough roofing to cover the Astrodome, and add a few freight cars of insulation, you’ll have “charm a plenty.”

If this is your dream house, then hire a dump truck, load it with $100 bills and dump it into the walls. Keep dumping until either you or the house is exhausted.

Many added features. Don’t even look at this house. You’re too late. They’ve put linoleum over those wide pine boards, wrapped the back of the house in that lime-green, pressure-treated lumber and gone wild with “sliders.”  From the back, the house will look like it has wooden braces. There may even be a den with Astroturf carpeting. If you like a “mix of the old and the new” this is the house for you – the worst of an old house and the worst of  a new house.

Colonial. If there’s an American eagle over the garage, it must be a Colonial.

Victorian. Any house not Colonial.

Ladies and Gentlemen of the real estate industry, please! A little precision here.

On those slow days when no one is calling to see a house, pick up a copy of A Field Guide to American Houses by Virginia and Lee McAlester or, American Shelter by Lester Walker.

Both are charming, contemporary books in convenient locations with many added features.

For more on this subject see: Dwelling in Possibility by Howard Mansfield 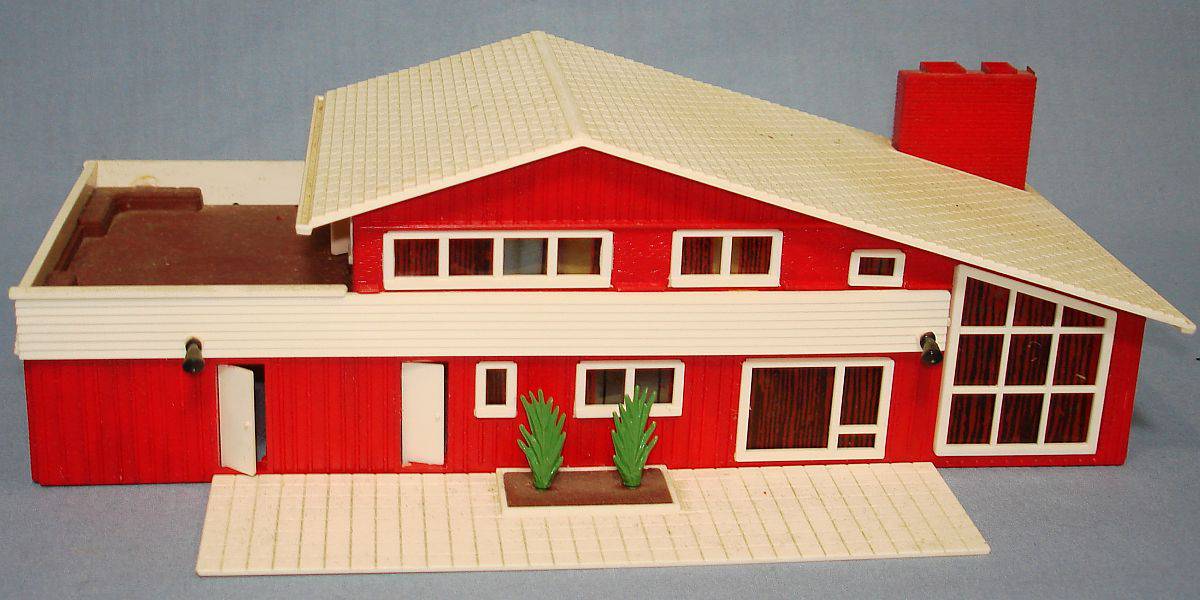